All the juicy details…

267 – The current state of affairs of the reincarnators

「Shiro-san, can you spare some of your time?」

Immediately on returning home from the Divine Word Religion’s place, I was called out to by oni-kun. To be honest, since I still have work to do for the 10th Army that the Demon King forced onto me, I can’t say that I have much time really, but since oni-kun has an awfully serious expression on his face it seems that I better give priority to this. I had wanted to ask him about his real intentions anyway after he suddenly announced his participation in the war, so this might be convenient.

And why are you also here as if it was obvious, Demon King? I was tempted to make a retort but it’s getting ridiculous so I decide to let it pass, but I’m just going to talk with oni-kun okay? It’s probably not going to be that interesting, okay?

So, for some reason we come to the Demon King’s room. Oni-kun had also showed a bewildered look as first, but on seeing my attitude of resignation, it seems he sensed something. After breathing out a sigh, he began to talk.

「First of all, here. This is information on the state of the reincarnators as determined by the Divine Word Religion. Kusama let me see it.」

While saying so, what he handed to me was a simple written memo. The contents were as oni-kun said, concisely written accounts of the current circumstances of the reincarnators as determined by the Divine Word Religion. Woah. To be honest, I might have taken the Divine Word Religion’s information gathering ability a bit lightly. This memo which has the names of all the classmates written on it, has almost perfectly accurate information within it.

Including sensei, the five enrolled at the human academy. The twelve at the elf village. The two living freely as adventurers. And, Kusama-kun. Vampire girl and oni-kun are also included. The only ones unidentified are the three dead. Since they’re dead they can’t be investigated, so I guess you could say that they’ve investigated almost everything that can be investigated?

As for Ogiwara-kun being a spy of the Divine Word Religion in the elf village, I pretty much knew that already, but it seems that they’ve gotten all sorts of information from there. Or rather, isn’t this information that mustn’t be revealed so easily? Kusama-kun, you were okay with handing this over to oni-kun? Well, it’s not something for me to worry about I guess.

I can comprehend them knowing about the internal conditions of the elf village, but to think that they even knew about the adventuring duo who were moving around. It’s formidable indeed, the Divine Word Religion’s intelligence network. It seems that Kusama-kun understood about oni-kun by seeing his face, and in vampire girl’s case there’s an annotation about who she probably is based upon a process of elimination. The reason why it’s merely a “probability”, is due to the exception of Ooshima-kun whose gender had changed, I guess. It’s not like there was no chance that vampire girl could have also been a reincarnator whose gender had changed after all. Well, normally they’d have been correct though.

「How does this compare to the information you’d gotten hold of, Shiro-san?」

Hrm. Oni-kun is attempting to search around for it, but come to think of it, I hadn’t told him much information about the other reincarnators had I. Not much more than saying that Yamada-kun and Ooshima-kun were enrolled at a human academy, huh? There’s not really any problem with informing him, so okay.

I write out a few extra details on the memo, and return it to oni-kun. I’ve written all the information I know about the reincarnators. That being said, the only other significant information that I knew about, was that the three who the Divine Word Religion hadn’t identified were dead. On receiving the memo back, oni-kun scanned over the extra details, and afterwards closed his eyes for a short while. Perhaps he’s praying for the dead three to find happiness in the next world.

「Is this everything you know, Shiro-san?」

I nod. I’ve been monitoring the reincarnators by using my clones, so I also know about various everyday details, but reporting all that would take forever anyway. Just think of it as me having written almost all the important information. For example, Ooshima-kun being gender-bent.

「This information about Ooshima Kanata now being female – is it really true?」

Ah, so you’re going to ask about that after all? Well, yeah. Ooshima-kun and oni-kun were good friends, yeah. You’d be curious about it, yeah.

Towards my indirect response, oni-kun makes a complicated expression. Even vampire girl, who hadn’t shown much concern for the reincarnators and hadn’t participated in the conversation, makes a “へ” expression with her mouth. Even as a joke good girls shouldn’t make such a face! But, it’s not like I don’t understand vampire girl’s feelings. Conversely, the Demon King’s eyes are sparkling for some reason.

Oni-kun mutters that with his mind still in a mess. Yup. It seems that it’s just as well that I didn’t mention that recently Ooshima-kun is starting to become conscious of Yamada-kun little by little. He’s already shocked that his once male friend has become female before he knew it, so if he found out that she’s begun to fall in love with his other friend, it’d overload his mental capacity. I can vividly imagine a certain D from somewhere enjoying such a scene.

Vampire girl nonchalantly snatches the memo from the stricken oni-kun, and reads it with little apparent interest. It’s kinda like, “I’m not really interested but I guess I’m a reincarnator still so I’ll take a look at least”, I suppose. The proof, is that she returns it to oni-kun after only glancing at it for a short time. For vampire girl, being a reincarnator is nothing more than a minor detail of her past, so they probably feel like complete strangers to her.

The memo that vampire girl had returned, is snatched from oni-kun’s hands a second time. By the Demon King’s hands. The Demon King might have a bit of my soul mixed in, but since she’s a resident of this world I didn’t expect her to have much interest in the reincarnators though.

「Shiro-chan, are there any who could become a threat to the demons from your point of view?」

Ahh, so she’s interested in them from that perspective huh. If possible I want my fellow reincarnators to have peaceful lives, but I’m sure the Demon King won’t show any mercy if they seem to be hostile.

From my point of view, I named the ones who have greater strength than average for this world. All of them in the human academy are strong. With regards to the adventurer duo, considering their experience with real combat they might be stronger than the academy group. Maybe Kusama-kun as well. Oni-kun was startled when the names Yamada-kun and Ooshima-kun came up. Well, mentioning those names here means that it’s possible that they might be targeted by the demons from now on, so that reaction should be expected. But, you don’t need to worry.

I declare that to the Demon King. If she takes action against the reincarnators, particularly sensei, then I have no intention of overlooking it even if she is the Demon King.

「That depends on them of course.」

The Demon King has no intention of backing down either, from her response. Certainly, in the Demon King’s position, in a situation where the reincarnators become hostile, they would have to be dealt with no matter what, naturally. However, I have no intention of changing my position either.

I slightly open my eyes, putting power into them. Sensing my mood, the smile vanishes from the Demon King’s face and she takes on a serious look. A sense of tension permeates the room. Vampire girl and oni-kun gulp and hold their breath.

「Fine then. I won’t do anything to the reincarnators personally. However, if they become hostile to the army then they’ll have to be dealt with. Is that okay?」

The one who yielded, was the Demon King. I close my eyes, signalling agreement. With the tense atmosphere becoming relaxed, vampire girl and oni-kun start to breathe again.

「If that happens then I will deal with them.」

The 3 dead students are all male, incidentally. 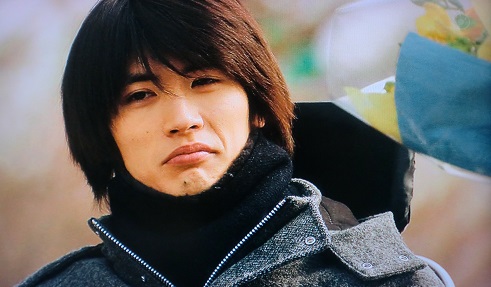