Mirror, mirror on the wall, who’s the biggest pervert of them all? 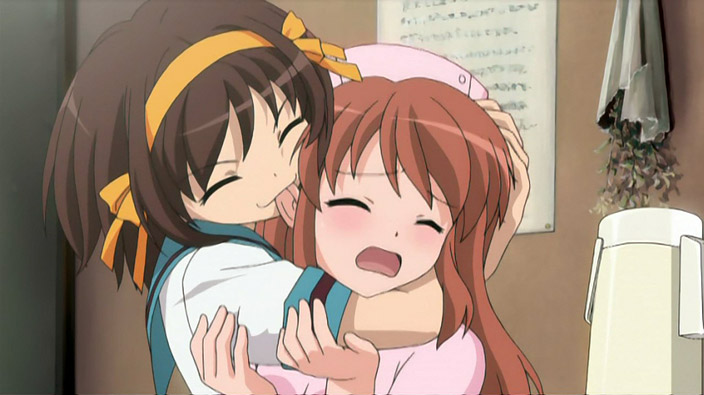 Scheduling information: in a note today, the author of this series said that there might not be more than one new chapter a week while volume 4 of the printed novels is being worked on.

「In the first place, what’s with “Wrath”? Because you have the Wrath skill you used it for your name? That’s gotta be an alias, right? It’s not like you’re chuunibyou. Ah, were you chuunibyou? In that case, I’m oh so sorry. So that it doesn’t become something you want to pretend never happened, I shall kindly refer to you as Kyouya-kun from now on.」

To Sophia-san, who is grinning while agitating me, I’m unable to answer back. Her emotions really do show easily on her face. She’s full of desire to taunt me, clearly. She has an obviously indecent smile playing on her face, so it seems she intends to continue to verbally attack me. Since I’m at a disadvantage with the subject alone, maybe it’s natural.

Chuunibyou. I’d never have expected it to be said that way. Well, certainly if I calmly think back on it, that really does seem like the sort of thing a chuunibyou sufferer would like. At the time when I had changed my name, I was completely exhausted mentally, so I chose the first simple name that came to mind. I can’t deny that it was a chuunibyou-ish choice. By way of excuse, since I had never thought that any of my classmates from the same world had reincarnated here, I had thought that nobody would understand the meaning of the word.

Being called chuunibyou to my face, I immediately feel ashamed. It is such a strange sensation, as if I had suddenly been thrown out from a dream and into reality. Well, still, if I’m chuunibyou then wouldn’t Shiro-san also be about the same?

「Let’s say I’m chuunibyou for argument’s sake, then could you say the same about Shiro-san?」

Sophia-san cannot go against Shiro-san. Even in the short time I’ve been here, I’ve realised the pecking order. Thus, I use that as a basis for a counter-attack. When I consider how petty this argument is, I feel dejected. This should have been a serious argument originally, so how did it end up as a discussion on chuunibyou etc?

「Bwah!? Are you an idiot or what?! Goshujin-sama is that! That, that!」

As if her speaking ability is being obstructed, she’s unable to come up with a good follow-up. Or rather, she’s seriously flustered isn’t she. Is she that scared of Shiro-san?

Is it only me who can hear her totally self-destructing? Sophia-san, I’ve been wondering about this for a while, but you’re basically a bit of an idiot, right?

Before I knew it, indeed, without Sophia-san or I noticing her at all, Shiro-san was there. Right behind Sophia-san.

Hm? She’s different to normal. Her tone is off as well, and her usually white complexion is rather red. Above all else, I’d never seen Shiro-san showing any expression at all, but now she’s smiling like an idiot.

Sophia-san has frozen so hard you could almost hear the sound effect of ice going “crick”. Shiro-san is also leaning her head against Sophia-san’s shoulder. As Shiro-san breathes out a long burp, Sophia-san grimaces.

As if finding something funny, Shiro-san cackles. You can drink once you’re twenty. Well, yeah, even I realise it’s a bit too late to be talking about that though.

Still, this is Shiro-san’s drunken state huh. I had heard about it from Sophia-san, but this transformation is really beyond my expectations. Isn’t she a completely different person?

「My clothes are white because it’s easier-r. If I wanted to dye them I could, but it’s a bother so I don’t okay-y. Fashion? Is that something tasty?」

Is this what is known as an aggressive drunk? Shiro-san has restrained Sophia-san so that she can’t run away, and Sophia-san is even making a desperate expression while trying to escape from that restraint. Her pale expression indicates just how terrified she is.

She’s even started to raise a scream. This has clearly become too pitiful to watch, so I guess I’ll stop it.

The moment I tried to call out to her, Shiro-san bit Sophia-san’s ear. What’s often called play-biting… is not what happened, it’s more like bitten off. While Shiro-san is actually apart from her, Sophia-san’s ear that was surely there just now has suddenly gone. While I stare in mute amazement, Shiro-san makes some chewing movements with her mouth.

Huh!? It seems my thought processes had been frozen.

The moment I reach out a hand to try to separate Sophia-san from Shiro-san, Shiro-san’s eyes opened. I think it couldn’t be helped that I stopped moving out of surprise. What was there was, some strange eyes where there were multiple additional pupils within the pupils.

「King Crimson! Not quite the same though.」

Before I knew it, Shiro-san had vanished. But she should have been right in front of me. It’s not just Shiro-san, as Sophia-san has also vanished. Or, so I thought, but with her clothes in a state of disarray, Sophia-san is slumped on the floor, lying down on her stomach.

Am I being shown an illusion or something? The scene in front of me now, is inconsistent with the scene a moment ago.

「You’re back to normal?」

While still lying down on her stomach, Sophia-san speaks to me in a tired voice. Her voice indicates that she has no intention of getting up either.

「What happened?」
「Who knows? You suddenly froze and stopped moving.」

Something was done to me.

「”The weak are meat, the strong do eat” is pretty terrifying.」

The least I can do for Sophia-san who is slumped and hanging her head in shame, is to take off my tunic and lay it over her.

“The weak are meat, the strong do eat” – this is a literal translation of a particular idiom, which would normally be translated as “survival of the fittest” or “the law of the jungle”. I kept the literal meaning since it’s particularly appropriate for this chapter. The line at the end is spoken by Sophia.

Legally and morally, it’s considered wrong to drink alcohol until you’ve come of age in Japan – at age 20.

“Geh-heh-heh. Don’t mind if I do.” – this is a cliché line though not quite the cliché scenario. The “normal” scenario would be in a Japanese period drama with a dirty old man abusing his authority to take advantage of a woman, typically said while starting to strip the woman. At this point, it would often be time for the hero to make a dramatic entrance.

“King Crimson” – another JoJo reference. Presumably this was Shiro’s “Static Evil Eye” as seen in chapter 226.